When is Fiction Better Than Fact?

I had a very intersting moment today when I read a point made in a critique of my story, Treasure Life, which is in publication editing mode right now.  I know the critter meant well with the feedback. What's ironic about this situation is the critter smacked me for needing to do research cuz the story bits didn't seem believable - but uknown to him, the facts I used were from the news article that inspired the story.

I'm sharing below the bit from the story, along with a summary of the critter's statement, and the link to the article. The critter didn't know the story is based on this info, cuz I didn't say that in the story notes on the Critique Circle system. The reason I'm sharing this is not to embarass the unnamed critter, but rather to raise the issue his point brings to light:

Just because it's real facts, doesn't mean IT'S BELIEVABLE. A classic case of fact being weirder than fiction. It's an odd situation as a writer. Not every reader is going to read my little blurb at the front-end pages of the novel, and therefore won't know it's inspired by the real-life find of the golden bird.  Those readers may have the same reaction as the critter did. Hmmmmmmm.

A little setup for the story bit to make sense: My MC is sitting in a cafe, reading a newspaper, absorbing the info in the paragraph below.

Story paragraph: The article accompanying the photo told an amazing tale and sent chills down Seraphina's arms. Bonnie Schubert and her eighty-seven year old mother were diving a few hundred yards off shore in less than twenty feet of water. After blowing away sand on the ocean floor they had uncovered the glinting gold statue. Even with a missing wing and unexplained empty spot in its middle, the bird appraised at almost a million dollars. It was thought to be a ‘pelican of piety’ and had been aboard one of eleven Spanish treasure galleons sunk off the Treasure Coast in 1715 during a hurricane.

Critter's input: (I had to summarize the comment for privacy purposes) The critter questioned the weight of gold, past prices of artifacts and suggested I research that before coming up with my statements. Bonnie and her 87-yr old mother pulling up the find seemed too incredible to him.  He said it was not logical and unbelievable.

I could not disagree with his general statement that 'good, solid facts mixed in with a little fantasy works a lot better' - yes, in some cases, but what about this one?

Link: www.tcpalm.com/news/2010/oct/27/vero-beach-mother-daughter-team-find-solid-gold/
So, the question is - do I stick with the facts or make it sound more believeable?  In this case, I'm going to stick with the facts, otherwise I can't include the article link because it will then tick readers off that I haven't got my facts straight.  Sometimes this writer stuff makes me need the succor of grapes. :)

For those who care, Treasure Life is slated for publication next month and will be available through Amazon and Barnes & Noble.

Posted by Unknown at 9:07 AM No comments:

Are You a Good Hooker?

The phone hit the far corner of my bedroom like a blast out of a shotgun.
Its plastic parts slid down the wall and fell in a heap.
After a few seconds of quiet, it sputtered a final electronic cough, then flat-lined like a dead man's monitor.
"You deserved a slower death, you demon tool of iniquity!" I yelled. I tugged the straps of my push-up bra, part of a fancy set I'd bought specifically for the evening--a truly joyous occaasion. It was my fortieth birthday.
Saums goes on with another paragraph that again relates back to the phone that's been thrown across the room, while giving us character development, moving the plot forward and she does it in a fun-to-read way. I bow down to both authors on this one.

Jeff Gerke's book title sums his gold nuggets up in four words: The First Fifty Pages. Jeff points out the 'stop signs' that cause agents/editors to reject our work and what to do about it.  And he does it in an 'over the shoulder of the agent/editor' kind of way that's very helpful.

One of the most important things I learned from Jeff's book is what in the heck the pundits really mean when they say 'the opening line must hook your reader, it must start with the action'. Jeff interprets this for us: "...that doesn't mean you have to have a battle scene with action or anything needs to blow up. It simply means it must be interesting to the reader."

Jeff goes on to give lots of great ideas and suggestions regarding the 'hook', but for me the most important point was realizing I don't have to blow stuff up on the first line, I just have to make it interesting to the reader. Piece of cake, right? Jeff goes on from there and helps us understand what 'interesting' means.

No matter where we are at on the writing journey, continuing to embrace the learning curve on a regular basis is a good thing. Even the pros do it.

Alex Sheridan
Author of Finding Round

Is Your As Bad?

Some learning moments are quiet, useful little nuggets, but some come as loud epiphanies, forever changing the flow of a writer's words.

My AS moment came like a bolt of lightening. When my eyes opened to this small but potentially hazardous word, it was a great big 'Why didn't I see that before?'

I'm sharing this slice of my learning curve pain on the chance a fellow writer or two might need the nugget added to their pile. So they can have their stupid AS moment, too.

The example below is taken from a draft of my third novel, a domestic thriller. If the paragraph had contained only one 'helper' AS, it would have been okay, but I had three of those stinkers in there in a row. Yowza.

DON'T: She looked up as Orlon walked through the door and her son’s voice reached her ear. Concern flew through her as she listened to his message while the men spoke across the room. Her fingers began trembling as the second message played and Orlon walked over to her.

What's really disgusting about the paragraph above is the way those pesky AS's lined up in a column on my MS and I still didn't notice. Ack! I was blind, but now I see.

DO: Orlon walked through the door, stepping in just as her son’s voice reached her ear. Concern flew through her while she listened to the message and the men spoke across the room. The phone began trembling in her fingers at hearing Ann's words.

Forcing myself to find a better way to connect these sentences not only reduced the clunky AS feeeling of the paragraph, it also brought a stronger sense of immediacy, of being more 'in the moment'.

Clearly, I needed to put my AS on a permanent diet. So I asked myself a few questions: When did I develop a big AS? Why is my AS too big? What can I do to improve the flow? Where is it okay to use 'as' in a sentence?

WHEN: Surprisingly, I didn't develop my big AS problem until my third novel. Hmmm...writer's learning-curve fog, I guess. So BOL for 'new' trouble spots.

WHY: Technically speaking, AS is a subordinate conjunction. AS fat stems from trying to put more than one action/function in a sentence. There are many conjunction words. If you're using multi actions/functions within a sentence/paragraph, try to mix up the connective tissue.

Here's a link to a website with a great birds-eye view of conjunctions and their usage:

WHAT: Trimming the AS fat requires us to get off our lazy AS and find another way to write the words. It's like exercise--we've got to make a conscious effort on a consistent basis to make a difference in our appearance. The trick is to force ourselves to look in the mirror, to analyze the flow of the prose we're laying down. Like all good diets, we've got options for trimmng the AS fat:
WHERE: Sometimes we need a bit of AS. It adds its own variety and pace to the story when used well, so it's good to show your AS when appropriate:

Example: The bus hit me just as I stepped off the curb.
Example: As I told you earlier, we are not going to see that movie.
Example: She kept glancing at the clock as though she needed to leave.
Example: It looks as if it will rain soon.
Example: He was screaming as loud as he could

WHO: A writer's angst being what it is, I had to check out the AS's of a few of my favorite authors. Here's a snapshot look at the AS usage from the first 5 pages of a book by each author. It underscores why they are bestsellers:

It's interesting to note that, of all these writers listed, Lee Child has the leanest AS factor. Not only are his books selling in the eight digits, he's widely lauded for his clean writing style, more so than any of the other authors listed. Plus he's hugely popular with both male and female readers.

You can bet your AS I'll be keeping a close eye on my AS's going forward. On I learn...round and round the writer's mulberry bush, excellence in training.

Posted by Unknown at 5:50 AM No comments:

1. "I think writers assume that good writing is enough. Well, it's not." Kristin Nelson, literary agent.

2. Everybody loves a good story, make sure you tell one.

Working Cover For the New Book 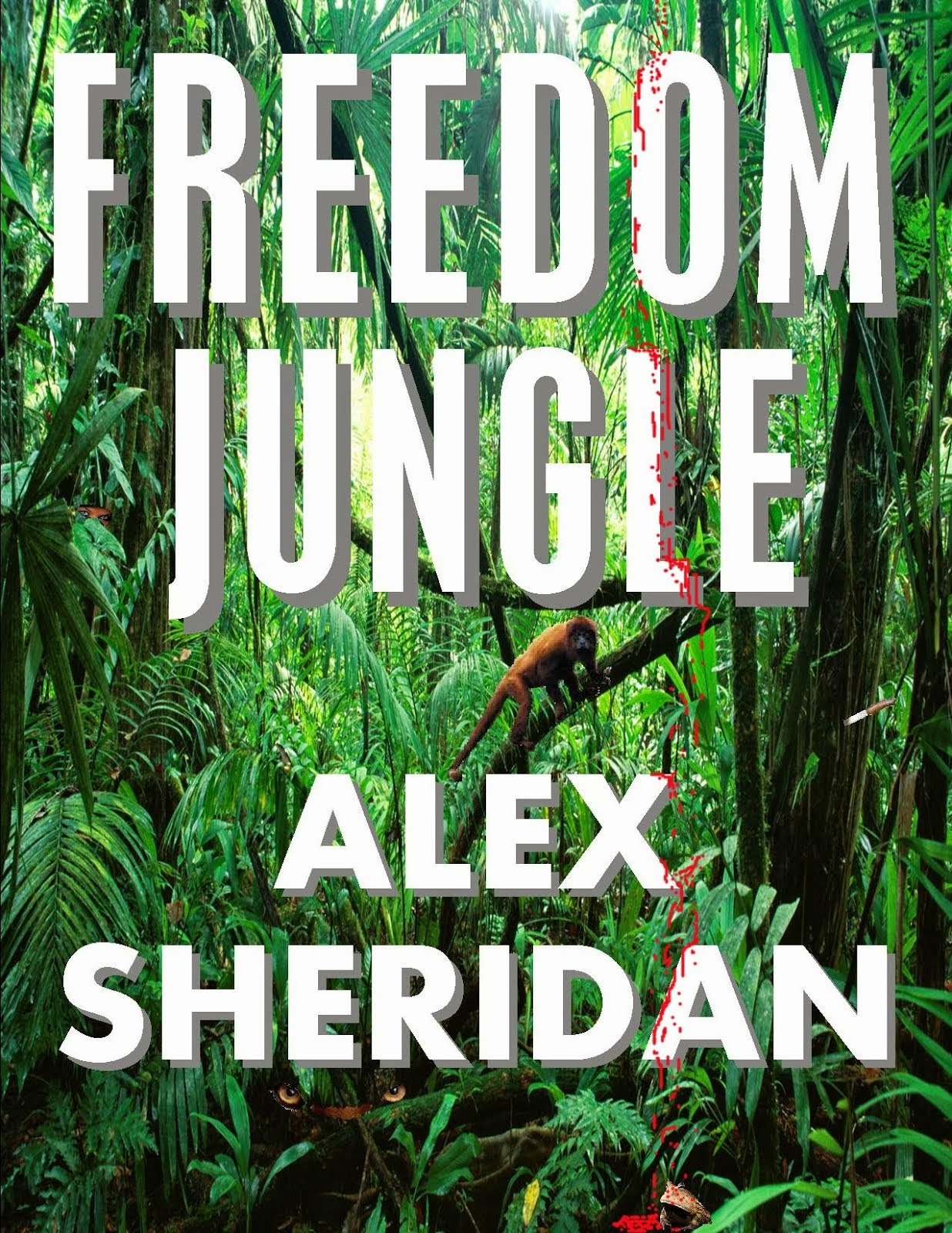